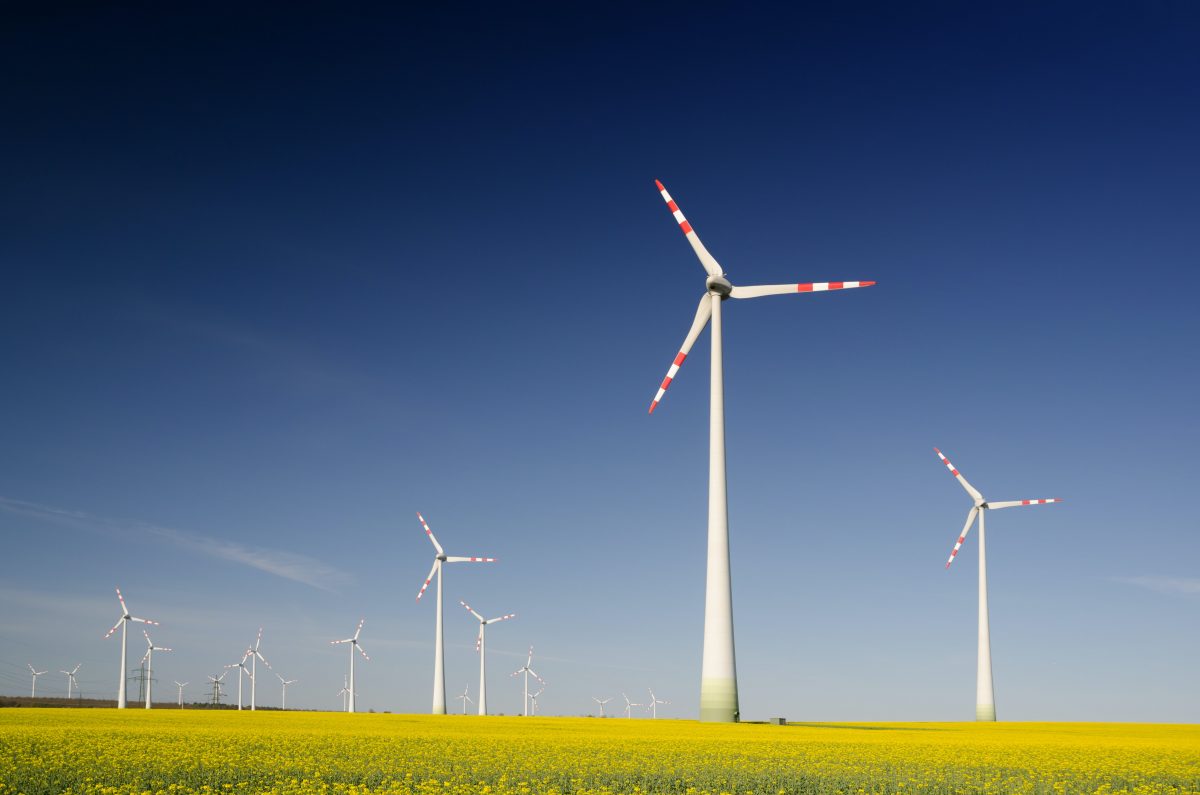 Up to today, one million European citizens are already involved in the growing community-energy movement. By 2050, there could be more than 260 million citizens, each helping to generate up to 45 percent of the EU’s electricity from community energy. How can companies support this movement and what opportunities does it open up for them?

In the CHOICE Event #31, Gina Lovett and Antonio Rohrssen from Patagonia answer these questions and discuss how community energy benefits not only the climate and energy transition, but also provides local jobs and supports the community. They demonstrate how Patagonia’s journey from using conventional energy generation processes to supporting community energy has opened up new opportunities of improving their climate impact.

Being Part of the Solution

Since the energy system is the biggest source of emissions, the American clothing company Patagonia advocates for a radical shift in the current power system. This requires a different approach, rather than merely new technology within the established energy generation system. Therefore, in order to eliminate fossil fuels, a radical change and a shift of mindset is necessary.

Part of the problem is the predominant model of big energy companies and the lack of democracy in the energy system. Patagonia wants to be part of the solution and states: Community energy is one approach to solving this!

In order to meet climate goals, it is necessary for the energy system to undergo a transformation. It needs to be more agile, resilient, distributed and decentralized. This requires investments that are largely covered by taxpayers and investors. Therefore, citizens should be integrated in the process of energy transition and produce, transport and distribute their own energy supply. This is where the idea of community energy comes from.

A community establishes a cooperative and co-invests in installing a renewable power system, either wind or solar. Then they sell it back to the national energy grid. These cooperatives can be non-profit or for-profit systems, where investors recover a return on their investments and the surplus is re-infused into the community.

The community collectively decides what the funds go into, whether to invest it in energy efficiency or electric car sharing. Based on the needs of the community, it will help to improve individual living conditions. Some communities have used their profits to install electric-bike powering stations or to build energy-efficient town halls.

This example explains it more: Around 20 years ago in Waterland, in the north of Amsterdam, enough money was raised to build three small wind turbines. The project was a success, and with the funding coming in from the wind turbines, the initiators were able to start various community-solar endeavors in Waterland, including an electric car-sharing scheme.

Community energy not only has an impact on climate, but also contributes to a fair and socially inclusive energy generating process. Participating in community energy ensures that the community benefits from it as the money is reinvested into the place where the cooperative is situated. In contrast to this, by paying large energy companies, the money is immediately going to investors outside the community. Also, if citizens are included in the process and if they profit from it locally, they are more likely to participate and make space for wind and solar installations.

But what is needed in order to drive forward the idea of community energy and how far are we in the process of using its potential? Political decisions make this look more possible. The Clean Energy Package aims for 50% of Europe’s electricity to come from renewables by 2030. The package consists of not only policies such as buildings’ performance and energy efficiency but also market based rules for renewable energy production, for example that anyone participating in a market needs to be treated equally.

This enables citizens to take ownership of energy transition projects through energy communities. Furthermore, it ensures that community energy is defined to benefit communities and can’t be co opted by bigger companies or sold on as a later investment. This new EU regulation acknowledges citizens as important actors in the energy market and outlines governance principles and activities for energy communities. It further encourages European countries to actively support the creation of energy communities.

This map by Rescoop, the European Association for Community Energy, reflects the status of how countries are doing in relation to putting the European legislation into their national law.

It is noticeable that Germany is behind in the process of translating this renewable energy directive into national law. Although the EU legislation for community energy is quite progressive, the responsibility for those policies is left to each nation, which means that a lot more needs to happen at the national level in order to implement the legal framework for community energy. Currently, there is a lot of potential for the new government to press ahead with supporting the idea of community energy in Germany.

Patagonia itself has been going through a process of understanding the social and environmental benefits of community energy and wants to share its insights with other companies, for them to also wonder: How can a company be a partner to this grassroots movement?

Up to this point Patagonia has switched almost all its owned and operated facilities in Europe to community energy. In the UK Patagonia has signed its first power purchase agreement with an energy cooperative, which entails guaranteeing a community demand for their energy and fixed income over a 3-5 year period. The company benefits from 100% renewable energy, when working with the supplier and furthermore, a long term contract will ensure stable prices. This makes sure that the money won’t go to big companies with shareholders all over the world, but instead to the community of where the cooperative is situated.

Furthermore, a corporation’s influence over policy and regulation has a much bigger impact on climate change than the physical emissions from its operations, suppliers and products. Businesses can use their influence to have a positive impact and get behind progressive climate measures that will ensure action to phase out fossil fuels in the coming decade. Because up to now, far too many business leaders aim for reducing emissions while still hiding behind trade associations sabotaging meaningful climate legislation, which is significantly holding up climate action and the phasing out of fossil fuels.

Community energy is a key part of the equitable transition into a renewable power system, which benefits the community and enables it to become a substantial actor within the energy grid.

Would you also like to present your innovation or best practice in climate transformation? Then get in touch with us! Or join the next free CHOICE event and become part of the #TeamClimate community.